Since 2017, Polio and Children in Need Charity has financed and provided on going maintenance of a lower limb caliper to a single mother of three children allowing her to earn and support her family. Pen with her children

Polio and Children in Need Charity is actively involved at several sites including the villages of Oroong, Tapour, and Bat Trong and Ormal.

This will accommodate and help to retain up to six teachers in this very rural part of Cambodia for the benefit of hundreds of secondary school students for the first time in Prey Chhka and several of its neighbouring villages. 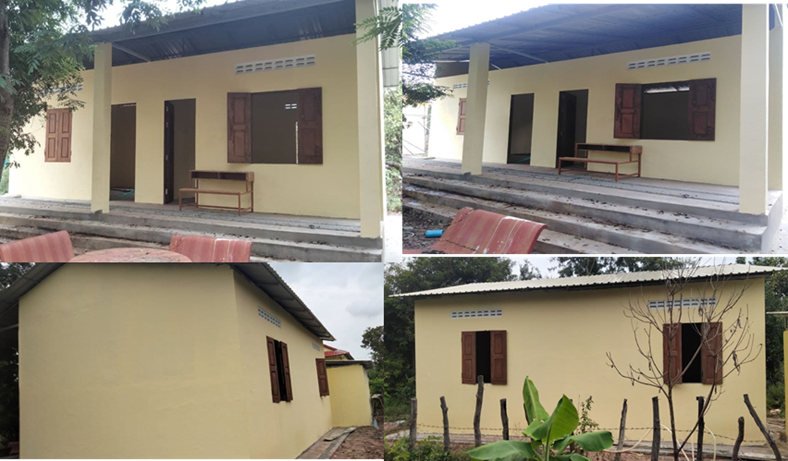 In 2019, Polio and Children in Need Charity working with Build Your Future Today, a local charity in Cambodia, funded the building of a secondary school with on-campus accommodation for four teachers in the village of Oroong. The school benefits children of not only Oroong, but those from two neighbouring villages, Trapieng Popel and Trapieng Tmar, as well. Currently, 100 students are enrolled in the school.

Oroong is a remote village located approximately 100 km northeast of the city of Siem Reap. In 2019, Polio and  Children in Need Charity working with Build Your Future Today, a Cambodian charity, has constructed five clean water wells in the villages of Tapour and Battrong & Ormal. One of these wells was built in a local school for the benefit of more than 250 school children and teachers. Prior to the building of the wells, the only sources of water for the villagers were local rivers and ponds.

The village does not have latrines.

Water from the wells in both villages can now be used for drinking, personal hygiene, and kitchen garden.